Today I was featured on the CNN Politics page and the CNN home page, with fellow CNN iReporter Philip Dahlheimer, in a video debate about jobs.  The debate was moderated by Christina Zdanowicz of CNN.  You can also vote on who you think is the winner!

Click here to read story and watch the debate.

If you are in need of a video for an upcoming event, promotion, please visit the Jannet Walsh Media video page. 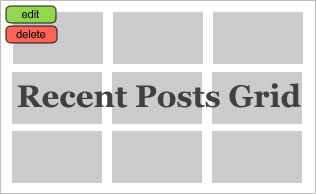 Christmas Tribute
A Christmas carol video is posted with my late mother Margaret I. Walsh of Litchfield, Minnesota, along with me, singing “Silent Night” last Christmas. It was recorded with my iPhone.
Click here to view video on CNN iReport and read the full story.

Jannet Walsh – I am looking for employment opportunites in the Willmar, Minnesota area. Please take a look at my professional profile.
Contact: Jannet Walsh at jannetwalsh@gmail.com

Click here to download PDF story of my grandfather Martin J. Walsh Sr. from 1987 I wrote for the West Central Tribune.

Martin and “Jennie” Walsh of Murdock

I just uncovered this photo of my grandparent’s wedding that is simply precious. They were married a the first Sacred Heart parish built in 1894, under the direction of the Rev. P. J. Oâ€™Connor, of De Graff, for the cost of $5, 137.70. The first public services, unknown if it was a Mass, was Dec. 8, 1894, according to Swift County history. Need to get the church history book that I understand should be available. See below for more details on Swift County.

My grandfather Martin, known to many at “Mart”, was born in Dublin Township, Swift County, on Feb. 19, 1887, in section 32, in a house that was later moved from De Graff. He died at age 101 on Jan. 15, 1998, at Rice Memorial Hospital in Willmar. Understand my father Martin J. Walsh Jr. and my aunt Margaret Walsh were at his bedside when he died. They had apparent spent many nights sleeping at the hospital before my grandfather and grandmother passed away.

My grandmother â€œJennieâ€ was born March 23, 1886, in Louriston Township, Chippewa County. She was 100 years when she died at Rice Memorial Hospital in Willmar on Feb. 26, 1985. Learn more about my grandmother.

As a Minnesota native daughter, it’s great to know Murdock’s native son David Frederickson has been appointed by Minnesota Governor-elect Mark Dayton as the next Minnesota agriculture commissioner.

This is an undated photo with only the caption listed as the Frederickson Family appearing in the Murdock Centennial, 1878 â€“ 1978 book. (Please contact me at jwalsh@wctrib.com if you can identify David Frederickson, if he is in the photograph.)

Fourth Generation from Murdock area
David Fredericksonâ€™s family has a history of being outstanding in many farm fields.

According to the Murdock Centennial, 1878 â€“ 1978, a history of the pioneer families and community, the Frederickson family settled in the Murdock area taking up homesteads in the area, working with other families around the time Murdock was settled by Samuel S. Murdock in 1878. (I would guess our families worked together. Learn about my pioneer family.)

David Frederickson is the great-grandson of Christine Wass, originally from Sweden, arriving in the United States in approximately 1855 with her mother, listed as Mrs. R. A. Wass, and four brothers and sisters. Christineâ€™s father, R. A. Wass, had come a year earlier in 1854, but was detained at Ellis Island in New York for three months for diphtheria. Two family members were reported to have died from diphtheria.

Christine married Rudolph T. Frederickson Jan. 3, 1874, the same year they moved to Hayes Township and purchased section 20 from August Hallberg. The 1978 publication listed David and his wife Kay Frederickson as owners of the farm.

Minnesotaâ€™s new agriculture commissioner apparently had a great-grandmother that was more than outstanding in her field and many farm fields. The history stated that Christine Wass was considered â€œquite a business womenâ€ as her family were holders of considerable amounts of land in the Red River Valley and also land in the Rio Grande Valley in Texas.

David Frederickson’s mother, listed as Mrs. W. R. Frederickson, was a member of the centennial book committee. See listing below.